Beechmont Hotels Corporation is a hotel company. We're not a specialist in human resources; we're not a recruiting firm or an employment agency.

We don't feel a divine calling to reinvent the field of human resources or fix this totally broken, dysfunctional profession -- but it's either that, or put up with it and the way it's been done for the last fifty years or more, in the matter of finding and keeping people to staff our hotels.

Employment interviews tend to be an adversarial process. The applicant wants the job (and often thinks he or she is perfectly qualified for it, entitled to it even; and would feel slighted or wronged if he or she is 'rejected') and perhaps needs the work (so survival is at stake, to some extent); the interviewer doesn't want to hire, or okay, a person who turns out in some way to be a bad hire and will get him into trouble or cause him embarrassment. (It doesn't help at all if the human resources department is made up of the sort of alpha-girls and boys you knew from high school who got to decide who's 'in' and who's not, and who never outgrew that.)

In most companies, the entire game is not only a demeaning process not only for the applicant (yes, I've spent entirely too much of my life as an applicant), but sometimes for the interviewer as well. The person's sitting right there trying to con you, make a fool of you, and manipulate you -- and most infuriatingly of all, go about it like you should be so easy to con, make a fool of, and manipulate -- because that's the way it's done, that's what he thinks is expected of him, that's what you should want him to do, that's what gets him the job.  When the process is adversarial, and no agreements on any 'rules' can be applied effectively, it all turns into a sick little game that rewards the gamers (including the cheaters), the self-interested, and the workplace psychopaths; and penalizes the truly willing, the sincere and the authentic. Individual self-interest ultimately prevails, even among people who got the job years ago and have been working at the company for that long.

Yet, running a company and getting a team to work together that is based on adversarial or intramurally-competitive relationships is unsustainable.

Finding a permanent solution to that problem probably won't occur in my lifetime but our start on one is a fundamental agreement we seek with our applicants (even if we don't always get it, can't always pick up on it if someone is not living up to it, and have no way to enforce it other than to end the process once we pick up on it that that's what's happening).  We define 'being fair to the applicant' as giving him or her every chance to communicate to us the best he or she has to offer us, and we commit ourselves to do that with every applicant.  In return, we ask that each applicant knock it off already with the ‘act’, be completely authentic, and lay it all out; his weaknesses as well as his strengths, her failings as well as her virtues. The process assures them repeatedly that problems in their work history won't necessarily be held against them, but any dishonesty or withholding of material information, will.

We require the applicant to surrender unconditionally to the process, and let us make the choice. Our 'let's see what you can bring to us' conversation, not the applicant's 'put on your best face and sell yourself' agenda, will control the process. When, in dealing with an applicant, we discover that our conversation is not controlling the process, we terminate the interviews, and permanently ban the applicant from any further consideration for the current or any future staffing need.

(But isn't trying to compete with and outshine the other applicants the way it's done? Well, yes . . . Wouldn't our insistence on not buying into that cause us to pass over some good applicants?  Actually . . . no. Once an individual is already employed, if she is always doing or saying things, or running little games, or playing one person against another, in order to gain some advantage for himself over the other employees or to act out her ambition inappropriately, we'd run her right out of there regardless of any other 'contributions' she might make; so why would we put up with it from an applicant, who is not yet an employee and from whom we don't have to put up with it?  Or even worse, communicate to her to think that it's desirable -- or even worse, that it's desired -- behavior in our workplace, and reward her for indulging in it? By offering her a job, no less? Regardless of whatever else she may have to offer? We're just asking for trouble if we hire such a person.)

It doesn't do much for the survival needs of the applicant that we've noted, and we'll keep working on that. (We'd like to think that in the unlikely event that we're your only hope if you're employable at all and not too fussy about what we might ask you to do, then as long as you're straight with us and you're coachable, sooner or later we'll find somewhere to put you.) But for now, it's all about the company's needs, not those of the applicant. For the applicant and his or her survival needs, all we can tell you for now is, don't make us your only hope. If it's truly your ultimate career goal to work for Beechmont and your desire to do so is healthy, that's worth something, but sometimes these things take time; and in order to pay the bills you'll have to work somewhere else for awhile -- and hopefully, learn something new or acquire some experience that you can bring to us as a further contribution. 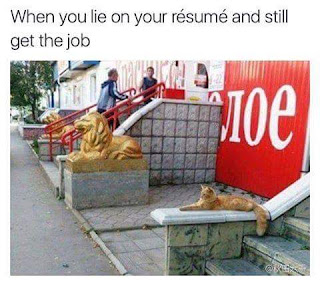 We don't claim to have the badly needed answers on human resources management. No one does. Not even the Son of God, who could instantly get a thorough read on someone and needed no reference checks, could pick twelve men to take His message into the world and carry on His work after He was gone, without getting a Judas among the bunch (the original one at that); and I don't hope to match even His 91.6% success rate. We're working on finding those answers. (As you see if you've read this far, we've hit on a few already, but nothing close to something we can share around -- or even better, package and sell.)

But this is where we explore the topic and share our progress in working toward a solution that works well for all involved, and invite input and feedback from others.