What is the average percentage of business a hotel owner can expect from brand-specific sources? In other words, what percentage of rooms revenue should an individual branded hotel expect the brand itself to contribute?

In most cases, just enough to get you to sign on the dotted line on the last page of the long, long franchise agreement; keep your hotel in their 'chain' for as long as possible, and keep you paying your fees and royalties every month. 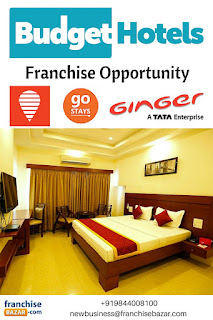 If you're doing any better than that, they'll want to flag another, newer hotel nearby under the same brand and collect the fees and royalties from them, if not the both of you. So I don't really count on 'rez contribution' to be much more than the 8.5 percent of my revenue - my total revenue, not just the business that brand-specific sources send you - that I'd generally pay in franchise fees and royalties, if even that. And I do track it. (As much as I like some Starwood products, I wouldn't pursue a Sheraton, Four Points or aloft because I don't like their 12% royalties: it can't be worth it. And I've negotiated those for other brands down as low as 5.5%.)
If you get more than that out of the relationship, you're blessed. For as long as it lasts.


As long as it stays in the teens or twenties (by my math, not that of the franchise organization that licenses the brand, which will generally have this annoying tendency to feel that GDS and online travel agency reservations are blessings that flow from the franchise organization, not something I could easily procure for myself without them.), I'm happy. If it gets below 12%, my eyes are going to start to rove about in anticipation of my five-year termination option and perhaps a new "date". (Hotel franchise agreements run for twenty years give or take, and most have a termination option every five years upon which either the hotel or the brand can walk away, with no fees or penalties, and no hard feelings; if one side or the other feels it's not working for them. I try to get that negotiated into any franchise agreement. I don't want to run a "Velcro Hotel" [Attack of the Velcro Hotels - The Business Journals ], a hotel that always seems to be changing to a new brand every five to ten years or so . . . but I am anal about having what works best for my hotel.)
Red Lion and LaQuinta Inns are the only brands I know, right off the top of my head, who stick their necks out and claim a figure for average reservation contribution to their hotels. LaQuinta doesn't publish it, but their last brand rep I talked to claimed 42% in some places. Red Lion (a Western U. S. brand that I've come to like) really puts themselves on the line: their brochures and website advertise 48-52%.

To get a figure for each brand that franchises that must be true (as in, they can be held legally accountable if it's not), you'd have to look it up in their Franchise Disclosure Document that the FTC requires them to give you if you're a prospective franchisee. Franchise organizations don't like sharing those around unless you're a serious prospect, with a specific project in mind. I have FDDs for Red Lion, LaQuinta and Cobblestone (we just signed a new Cobblestone Hotel and Suites that will open next year - and it all began when I listed Cobblestone as a brand to avoid if you're building a new hotel! [see What Does It Take To Start A Hotel?] - but that's another story for another time); and FDDs sitting around somewhere for Best Western and Super 8 Motels that aren't current. But I consider branded hotels only when I have a client or investor group that has a specific need for a brand in a hotel they're contemplating.
Unfortunately, the variables kick in after this point - the bigger the brand, the more so.
Beechmont's Rule One on consumer protection when it comes to franchising: success doesn't come in a 'kit' that you can buy. No matter who the franchise is, you're on your own with it; accept with gratitude any help they give you, but don't count on even Holiday Inn to hand it to you on a plate. If you want 'success' that comes in a 'kit', sign up as an Amway distributor.
And if I'm too dependent upon my franchise, something's not as it should be with my local, in-house marketing. If the reservation contribution by the brand is too high, I'm going to wonder what my managers and salespeople are doing down there. (Likewise, if the percentage of local people, people who live in or around the same town as the hotel, who rent rooms there is too high - and I do track it - I'm going to wonder if someone in that hotel has the wrong kind of people as friends; especially if I'm not getting a decent rate and decent occupancy, or I'm hearing stories or seeing TripAdvisor reviews that tell of bad behavior by other guests, people hanging out in the lobby, noise or security problems [Michael Forrest Jones' answer to What do hotels do with unused guest rooms? | Michael Forrest Jones' answer to I am a hotel owner. I sometimes have guests sneaking in more guests who are not registered . . .].) We need to be developing our own business, not waiting for some franchise organization to do it for us, and not just opening the doors to all takers regardless of its effect upon the hotel.
So, I want my hotel to have a brand that's good for as much reservation contribution as I can get.
But I want that percentage to get lower over time. I'm just weird that way.

Originally appeared on Quora
Posted by makeitrain at 10:52 PM